THE SEARCH FOR MALLORY & IRVINE 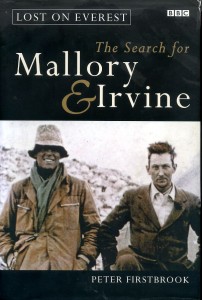 Winner Canal Plus Award for Best Documentary 2002.
Finalist, BAFTA Best Cinematography 2000.
BBC Nomination, BAFTA & RTS Best Documentary 2000.
60 minute Doc
In the spring of 1924 a British expedition set out to conquer the as yet unclimbed peak of mount Everest. Two of the expeditions climbers, George Mallory and Andrew Irvine were last seen, 6 /800 metres below the summit. Was Everest scaled 29 years before Hilary and Tensing?
PRODUCED & DIRECTED @ BBC BRISTOL BY PETER FIRSTBROOK.

Feature Film
A tightly woven tale of fear, passion and self-respect, THE OPPONENT finds love in the most unlikely of places. Patty , a victim of domestic abuse, meets her match in Tommy, a former boxing hopeful looking for a new star to put in the ring. But he never could have imagined it would be Patty. Due for release summer 2001.
PRODUCED BY THINK TANK N.Y.C.
DIRECTED BY EUGENE JARECKI.

60 minute Doc
Follows one mans journey back to the Venezuelan Amazon to honour a promise he’d made 7 years earlier to a young Yanomami tribesman to take him on holiday to Britain.
PRODUCED @ CAFÉ PRODUCTIONS.
DIRECTED BY DAVID GOODALE